Dumbledore’s Army for Davis (DA4D) welcomes you to our team website with open arms!

The Walk for a Cure is now the JDRF One Walk, and will be held virtually on Sunday, November 1, 2020! We didn't get to hold Cabaret Night this year (hoping to do it again someday!), so we are a bit behind, but still hopeful we will have a strong charge to our goal!

Each year we have been involved with JDRF and fighting for a cure for Type One Diabetes in general, so many amazing advances in science and technology have occurred. This is due to overwhelming support from family and loved ones who show their generosity, their heart, and attach a sweet face like Davis’s to this disease.

Those who know Davis know he is an amazing kid. We could not be prouder of his resiliency with this. So many families affected by Type One tend to define themselves and their actions by the disease. We choose not to. We choose to continue living our lives normally, but adapting some activities and practices necessary to keep D alive (and all of us sane!). And you know what? He rocks through it. We have been shown so much love, so much support since his diagnosis on 12/12/12, and it’s overwhelming. Keep in mind, it is not surprising, as we surround ourselves with a variety of rock stars like you.

Moving forward with DA4D, we will be diligent with our fundraising pursuits, and be more grateful every day. We know your hearts and prayers are all with us. And frankly, on our really down days, that is what carries us. The fundraising part is really just a way for Davis to see what we can do as a family, as a group, as an Army. 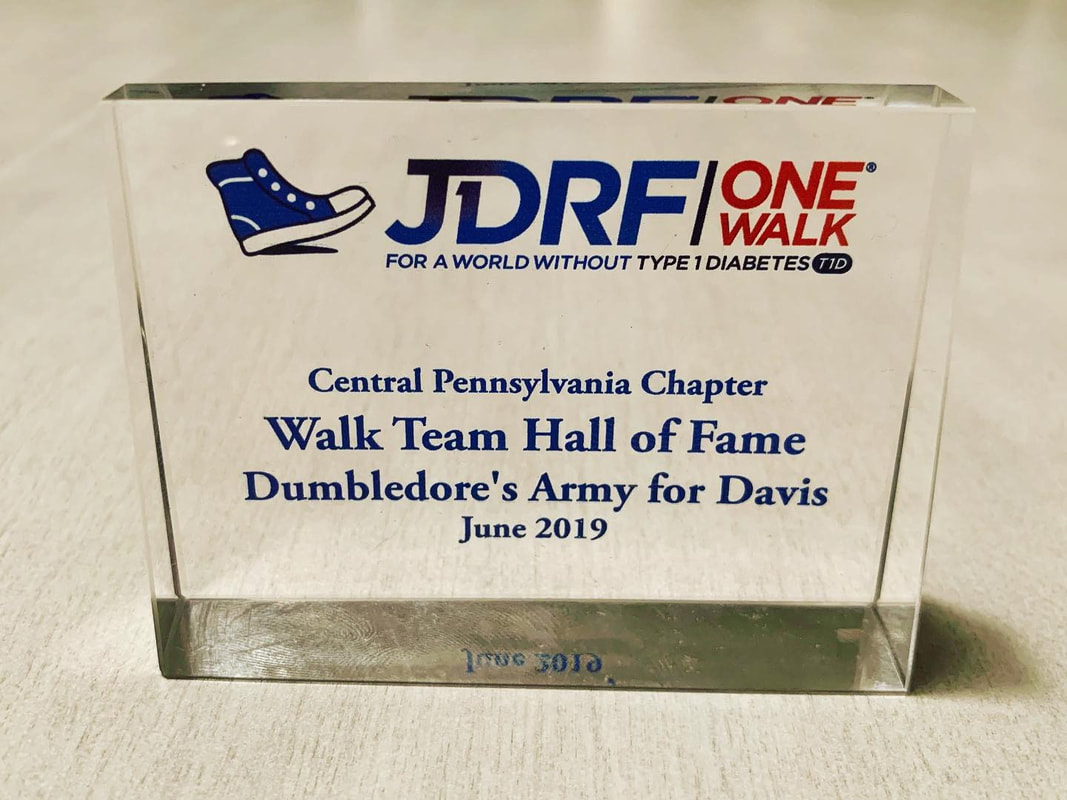 ​Dumbledore's Army for Davis was officially inducted to the Central PA Chapter of JDRF's Walk Team Hall of Fame in June 2019!

THANK YOU ALL FOR YOUR SUPPORT!
MISSION: The mission of Dumbledore's Army for Davis is to raise awareness and support for JDRF, holding true optimism that a cure for Type One Diabetes will be found sooner rather than later. Through community support and creative expression, DA4D will hold true to its stance that the Henderson family will never be defined by T1D, but continue living a normal life, with a little extra math and medicine.